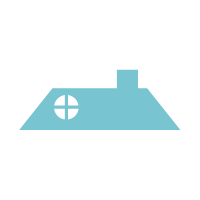 The next time you walk outside, take a moment to gaze up at your roof. What do you see? Do you see even shingles that are all laying flat? Or do you see shingles that are starting to curl and that are covered in moss? You can tell a lot about the condition of your roof just by looking at it. If you are at all concerned about the state of your roof, then your first call should be to a roofing contractor. They can evaluate the situation and recommend repairs or replacement as needed. Learn more about roofing and roofing contractors here on this website.

Up on the Rooftop

Spanish tiles are a lovely roof style, and they're perfect for warm climates. There are a few reasons for this. The clay or terracotta used in the tiles is slow to transfer heat energy, and the lighter color of the tiles (generally a terracotta color, even if they are not properly terracotta) helps it reflect a lot of sunlight, rather than absorbing it. Additionally, the shape of the traditional Spanish tile allows for better airflow, which prevents heat from being trapped. It makes sense, though. Spanish tiles are a traditional style of tile, and while they came to America through Spain (hence their name), they are used widely in the area around the Mediterranean Sea and have been for a very long time.

The temple of Hera, in Olympia, was built with some terracotta tiles, and that structure is dated to 650 - 600 BC. While they may not be the exact style and shape used in current roofing, those are some really old tiles. The use of terracotta in the ancient world has actually helped modern archaeology, as terracotta is so long-lasting that sometimes it's the only building material that can be found from ancient sites.

So Spanish roofing is probably a pretty good pick from an endurance standpoint, especially if you opt for the more expensive and higher-quality terracotta material. How expensive, exactly? Well, that depends. Spanish roofing is somewhat labor-intensive; you can expect to pay between 10 and 25 dollars per square foot for terracotta, including installation. If you want to go with clay, it's a little cheaper, but it still has a lot of the same good qualities of terracotta. Terracotta is, after all, a special type of clay. Much depends on the size of your roof, however.

Concrete is one of the cheaper options for Spanish roofing tiles. There are two real downsides with concrete. One is that concrete is porous, which means concrete tiles are more susceptible to water damage or moss growth. It's also quite a bit heavier than clay and terracotta. Also, concrete doesn't quite have the endurance of clay or terracotta. This isn't to say not to use concrete; it's just important to know everything before you make a decision. There are applications where concrete would be perfect.

Whatever your decision, hopefully you feel a little more comfortable making a roofing choice regarding Spanish tiles.